News: ​7 reasons why Spain is the best place to live 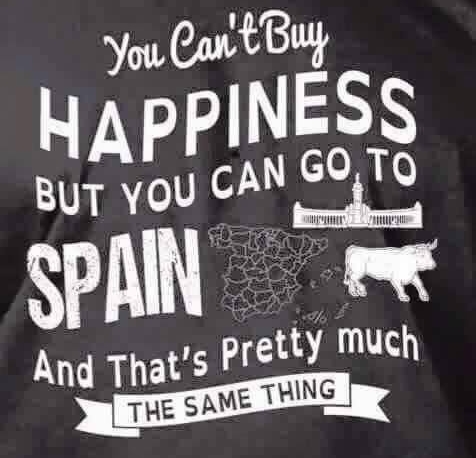 Ok, Spain is certainly not perfect and also has many negative aspects and big problems. Of course we can also make a list of them, but that would not be so positive (perhaps the reality might be). Despite the economic crisis, enormous unemployment, problems with environmental policy, fraud and corruption, Spain is certainly a beautiful country for us Dutch and Belgians.

There are various reasons why the Dutch and Belgians emigrate to Spain or spend a lot of time on holiday. One can of course be work or want to set up your own company (bar, hotel, camping or the ever popular B & B) but it is also possible that you at a certain age want to enjoy quietly the best that Spain has to offer : peace, nature, culture, gastronomy and of course the weather.

Despite the negative things that people will encounter when you take the step to live in Spain, we want to give you the good reasons to move to Spain or to go on vacation more often.

Obviously the number one for many Dutch and Belgians: the delicious - sometimes too hot - temperatures. Especially for those who live along the Mediterranean coast, in the Balearic Islands and of course the Canary Islands, the weather is very important. Spain has about the most sun hours a year in Europe but do not be mistaken, it can also be pretty cold in the country. It depends entirely on where people are going to live. The nice weather does help, however, that a resident feels nice and happy and everyone wants that.

Spaniards, according to recent studies, have one of the highest life expectancies in Europe and that is often seen in daily life. Generally speaking, the elderly of days in Spain are often more active than in other countries and it is still normal to arrange meals for the family or even work in rural areas well into your 70's or 80's. The Mediterranean diet consisting of olive oil, fish, vegetables and meat ensures that the Spaniards generally live healthier. For many Spaniards it is therefore not bad to grow old. Nevertheless, there are of course disadvantages. For example, care homes for the elderly can not be compared to what can be found in the Netherlands or Belgium, and then of course we are not talking about those that are specially built for the foreigners. The pensions and social services are certainly not comparable with the Netherlands or Belgium.

3- Best country for children and mothers or ...

According to various studies, Spain is the country where the children often stay the longest because they have it as good or have no other option. Mothers are so closely linked to their children for so many more years, but ... of course not everyone is happy about that. Children can sometimes live at home for up to 30 years and that is actually not entirely normal. The fact is, however, that the high unemployment and enormous costs for a private (rented) home often keep the children at home. In addition to the children, the grandparents or one of the two grandparents often come home from a certain age, so that sometimes three or even four generations live under one roof. Is that good for mothers and children?

Spanish families are generally much closer than in other countries. It is not uncommon for entire families, including cousins, nieces, aunts and uncles to come together during the weekends. Family ties are much closer and people see each other regularly, something that is not always the case in countries such as the Netherlands and Belgium. Do you also notice that when you go to Spain as a foreigner to live? Probably not, but with a house under the sun, the whole family will undoubtedly find you again.

Spain is full of monuments that are also appreciated by UNESCO. Spain is on the list of countries with a number of World Heritage Monuments the third country at the top, after China and Italy. In total there are 44 UNESCO monuments or parks to find which makes Spain a great country to sniff culture and nature. Almost every autonomous federal state in Spain has something of UNESCO that you can visit. Spain is therefore a paradise in terms of nature and culture.

All the best and beautiful of Spain goes through the stomach, that is what they say in the country. Ask a Spaniard how a trip or vacation was and always be the first to talk about the food and restaurants. Four of the ten best restaurants in Europe can be found in Spain and the number of restaurants with one or more Michelin stars is huge. In addition, there are a lot of good restaurants all over the country with each autonomous state having its specialties. Whether you like the typical Paella, Tapas, Pintxos or fish dishes, Spain has it all. Living in Spain is therefore not good for the number of kilos and also with regard to drink, Spain tops the best, just think of the many varieties and brands of excellent wines and cavas.

Mañana, which means literally tomorrow, is still said a lot but luckily less and less. Moving up with arranging things or solving problems is a good thing in Spanish, and that may turn out to be charming, but once you live in Spain, it can be very annoying. The relaxed life and the enjoyment of all moments per day is, however, at the top of the list with most Spaniards. Just sit down at a pavement on a city square at around 8 o'clock and it's a busy place. Sometimes it seems, however, that this is more important than, for example, working and getting something done ... and that can be very annoying.