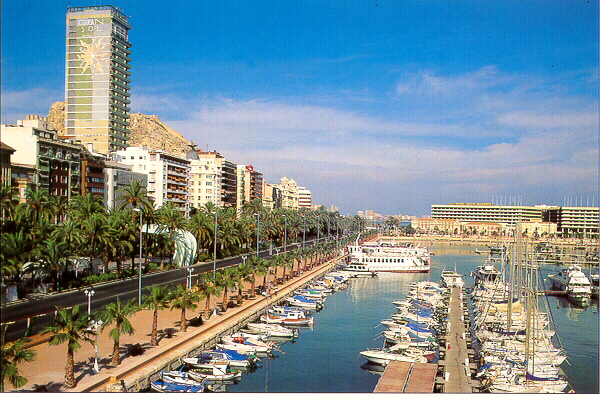 ALICANTE - The bad weather a few weeks ago now seems to be over and the province of Alicante is back at the same level as everyone in this region in Spain is used to. That means that there are pleasant temperatures and in many places a clear blue sky is like in the south of the province of Valencia and the province of Alicante. At the airport of Alicante-Elche, the highest temperature of that day in the region was measured at 22 degrees on Monday. While it was 22 degrees at the airport of the Costa Blanca, a temperature of 21 degrees was measured in the city of Alicante itself. In addition, there were several places where the mercury came against the 20 degrees as in Jávea, Dénia and Pinoso. In general the temperatures have risen by 5 to 6 degrees in the last days and will remain the same for the time being.

The same applies to the south of the province of Valencia where Xativa also measured a temperature of 22 degrees while the mercury in Oliva rose to 21 degrees and in Manises the thermometers indicated 19 degrees. In the city of Valencia itself it was 19 degrees which is nice and pleasant weather. In the province of Castellón it was less warm than in the provinces of Valencia and Alicante, but the mercury nevertheless rose to 18 degrees in Vinaros and 17 degrees in the capital of the region, Castellón de La Plana. Despite the fact that the temperatures will be the same. remain the next few days, there is chance of rain from Thursday or Friday in many parts of the Comunidad Valenciana. Of course that does not mean that it can rain everywhere but that there is a chance of precipitation.