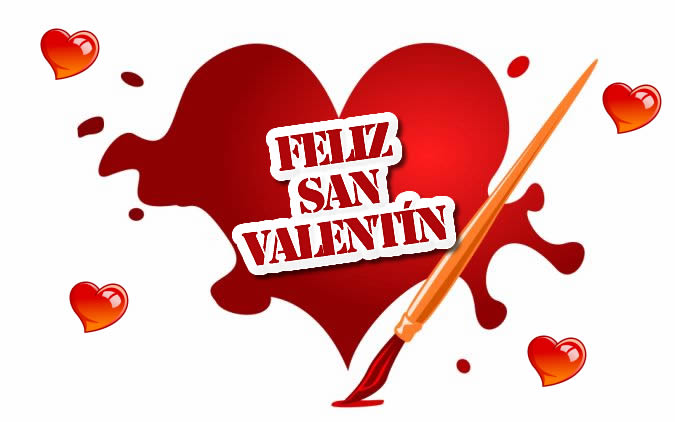 MADRID - Mi amor, mi cielo, cariño etc. all nice and sweet Spanish words that you can use to say to your loved one, not just with Valentine but throughout the year. Surprise your Dutch or Spanish counterparts (media naranja) by using the practiced Spanish accent to use the following to show your love once again in Spanish for your friend, husband or wife, etc.

El Día de San Valentín is for many a day where you emphasize the love for another person. Logically it is a very commercial day but that does not mean that you can be extra sweet on that day. This year, however, you are lucky because you can give extra attention by using the following Spanish nicknames for your loved one.

Cariño (pronounced carinjo) is also sometimes abbreviated to Cari but both mean nothing less than "sweetie" or "treasure". So you can use this every day, all year round.

Mi vida (pronounced mi bida) literally means "my life" but can also be used to indicate that you love someone very much and that that person is your life, very slimy.

Media naranja (pronounced media naranga) literally means half orange but is widely used in Spain to indicate that someone is your other half or in the popular English "soul mate". You see this term many in contact ads where someone is looking to his / her media naranja.

Cielo (pronounced as sjielo) is a very sugary word and literally means "heaven" and with which you want to indicate that someone is heavenly ... an angel or Ángel in Spanish.

Gordi (pronounced as gordi) actually means something not so nice. Gordi is derived from gordo or gorda which means fat or fat. So you have to be careful when you use this word for your loved one because it can also turn out wrong.

Chochito (pronounced tsjotjito) is also one of those words that you have to watch out for when you use it and all in public or in the presence of family. Chochito is derived from chocho, which is often used for the female genitals.

Pichoncito (male) pichoncita (female) (pronounced pitsjonzito) means something like little bird and can be used in a romantic form. Just think of turtle doves. The word pichoncito / a is derived from pichon which literally means chick.

Bichito (pronounced bitjito) literally means small insect and is derived from the word bicho. The word used a lot with the word "mi" as in "mi bichito" where you have to think of nice insects like a ladybug.

Guapo (male) and Guapa (feminine) (pronounced gwapo and gwapa) literally means "handsome" but can also be used as "handsome" or "good thing". This word can be used every day against strangers or acquaintances, what you want.