News: ​This is the Epiphany or "Los Reyes Magos" party in Spain 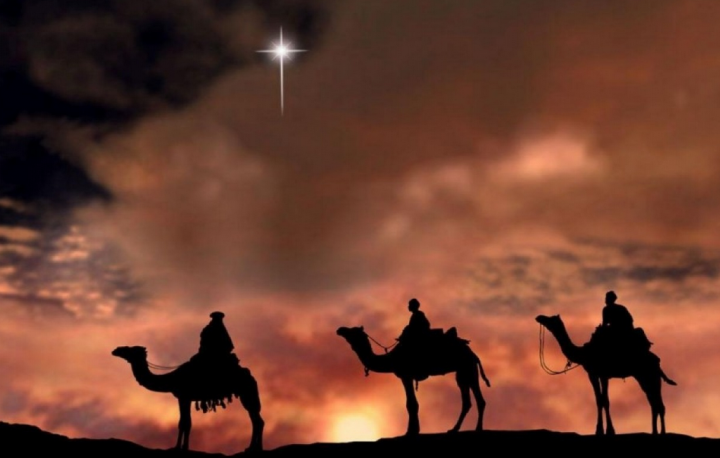 MADRID - As is known, Sinterklaas comes from Spain but the children in Spain do not celebrate (probably because he is in the Netherlands). On 5 and 6 January, the Spanish children celebrate Epiphany or Los Reyes Magos, the day the children are buried under the gifts.

The Epiphany or Three Wise Men are Melchoir, Caspar and Balthazar. They are the ones who bring Christmas presents for all Spanish children who have behaved well. While Sinterklaas takes naughty children in his jute bag, naughty Spanish children get no presents but black coals, which is not really a punishment either because it is sweet. In general, however, that does not happen that much. There is a whole process that children have to do to get presents.

First of all, the children must write their letter to the Three Wise Men and tell them which gifts they have to take with them and why they have earned it. After this comes one of the most beautiful moments, giving the letter. The children can personally give the letter to the Three Wise Men when they arrive "officially" on January 5. Another way is to search for the emissaries and Royal Postmen in the center of all Spanish cities a few days before the Wise Men arrive and there The children are asked if they have been well at school and at home, because naughty children get black coal instead of gifts, which is not really a punishment, because the coal is made from sugar.

When the long-awaited day finally arrives, the whole family will be on the streets to receive the Epiphany during the Cabalgata de Reyes. The Wise Men arrive in a traditional procession, ride through the streets on their camels, loaded with presents and accompanied by royal helpers who throw candy at the children. One by one, the beautiful floats pass by, decorated with bright colors and inspired by popular characters known to the children.

There are many parades that are celebrated throughout Spain. Each has its own specific style, depending on where you are. In Barcelona the Three Wise Men arrive from the sea, after which a spectacular parade of elephants and camels drives through the streets while in the village of Alarilla in Guadalajara the Three Wise Men land with a hang glider and paraglider. And why not view the parades of Alcoi in Alicante, this is the oldest in Spain. The various parades can also be followed on television.

After watching the parades, the children go to bed early but excitedly and wait for Melchoir, Caspar and Balthazar to come in through the window to see which gifts they leave behind in the children's shoes. The same children have to put water and bread on the windowsill so that the camels can eat and drink this while the Three Wise Men do their work.

After the children have unleashed their presents during the morning of January 6, most of them will immediately go to the streets to show this and play with it. All in all it is a joyful day for the whole family which also enjoys the Roscón de Reyes, a round sweetness where a figure (la Sopresa) is hidden.

Designing, building or buying a house on the Costa Blanca is done with APC Spain!